User Research - Any Place, Any Time, Any Platform

UXCloud allows users, researchers, and stakeholders to attend studies virtually, in the cloud.

Register and receive a $50.00 credit so you can test drive UXCloud. After your credit is used, there are three ways you can pay:

Register and receive a $50.00 credit. This is enough to conduct an actual study or just explore UXCloud's features. 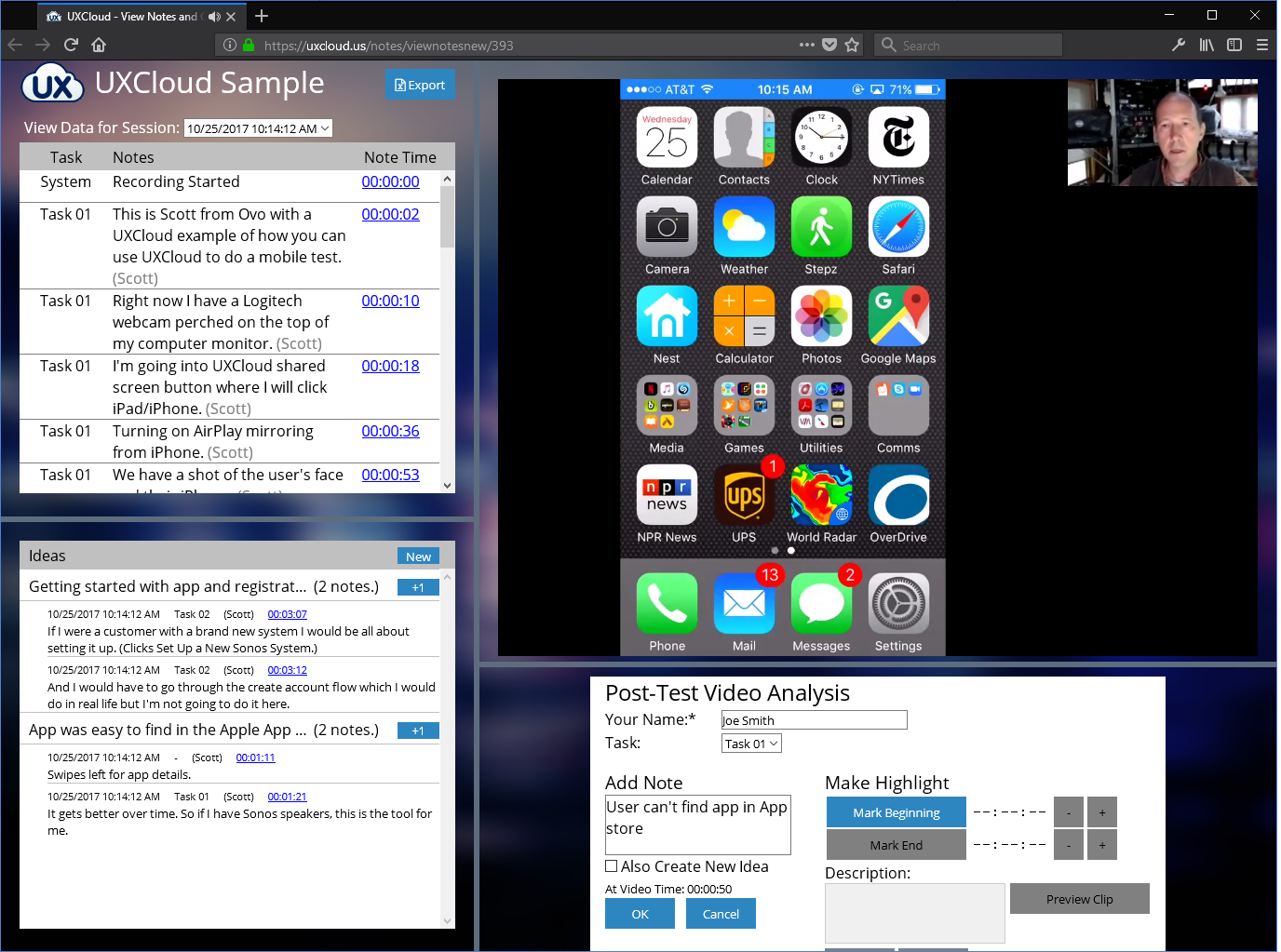 Pay for only what you use. No subscriptions or ongoing fees.

Sessions begin when the Researcher starts the session. Researcher is prompted to share audio and can then opt into sharing video. Video and audio recording start by default.

Upon joining session, User is prompted to share audio and can then opt into sharing web cam. In addition, User can share computer desktop or mobile OS video.

When Obervers join sessions, their audio and video default to off making their arrival and departure as quiet as possible.

Observers can take notes during the session. These notes form the basis for results and can be used to identify highlight video.

After a session, video is processed and an .MP4 file like the one that follows is created. Within minutes, researchers can create video highlights or download test video to local storage.

This video sample is of a remote participant on an iPhone. What is nice about UXCloud support for iPhones (and iPads) is that Participant face video continues to be displayed after screen sharing is started. UXCloud displays live video for the person who is speaking, so once iPhone iOS screen sharing is enabled, you will see the face camera change between the moderator and the participant, depending on who is speaking.

iPhones are used in UXCloud without an app install. Participants connect to the test from a computer and then use their home WiFi connection to share the screen of their iPhone via their computer.

This video sample is of a remote participant on a Samsung brand Android phone. Android devices do not stream the Participant face video after screen sharing is started.

Android phones are used in UXCloud with an app install, so Participants need to install a free app before they can join the test. Participants do not use a computer when they are participating in an Android test -- they only need their phone.

Sign up and get a $50.00 credit to start using UXCloud today.